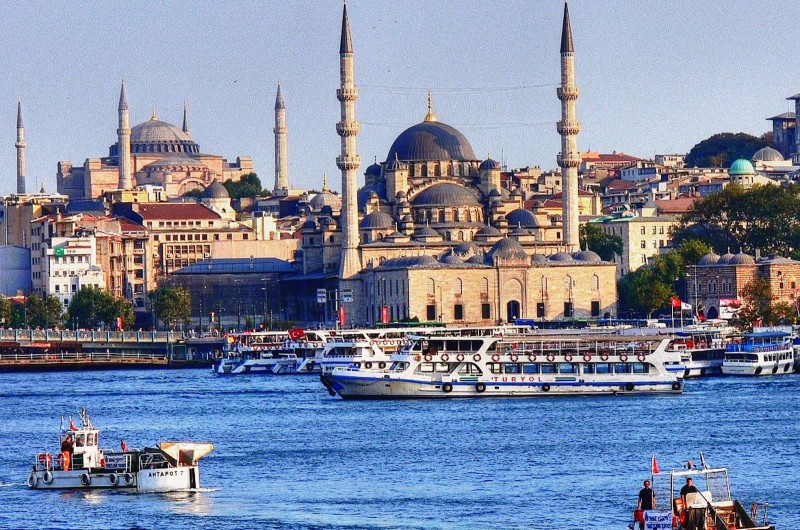 Speaking at a Turkey-Kyrgyzstan Business Forum in the Kyrgyz capital Bishkek on Sunday, Recep Tayyip Erdogan said that currency manipulations sought to “cast doubt on Turkey’s strong and solid economy.”

Political tensions between Ankara and Washington had sparked worries in markets in August, after U.S. President Donald Trump threatened to use economic pressure over an American pastor who faces terrorism-related charges in Turkey.

The president pointed out that dependence on dollar in international trade had become a bigger problem.

“We need to gradually end the monopoly of the dollar once and for all by using local and national currency among us,” Erdoğan said.

Political tensions between Ankara and Washington had sparked worries in markets in August after U.S. President Donald Trump threatened to use economic pressure over an American pastor who faces terrorism-related charges in Turkey.

The Turkish lira has been losing its value against the U.S. dollar past several weeks after the U.S. president doubled tariffs on Turkish steel and aluminum.

The US is the world’s biggest steel importer, and Turkey is the sixth-largest steel exporter to the US.

In a tit-for-tat move, Ankara has increased tariffs on several US-origin products including alcohol, tobacco products and cars.

Erdogan accuses the White House of launching an economic war against Ankara, describing the move as a “coup” against the Turkish economy.

Referring to the S-400 agreement with Russia, Erdoğan said that “some are disturbed by this“, adding that Turkey does not need permission from anyone to guard its territory.

Last December, Turkey announced it had concluded an agreement with Russia for the purchase of two S-400 systems by early 2020.

Speaking about economic relations with Kyrgyzstan, Erdoğan said they were eyeing a foreign trade volume of $1 billion.

“Firstly, I call on Turkish businessmen, Kyrgyzstan is a friend an brother country. Prioritize this country in your investments,” Erdoğan said.

He added that investment in the Kyrgyz market would also appeal to Kazakhstan, Russia and Belarus, which are members of the Eurasian Customs Union.