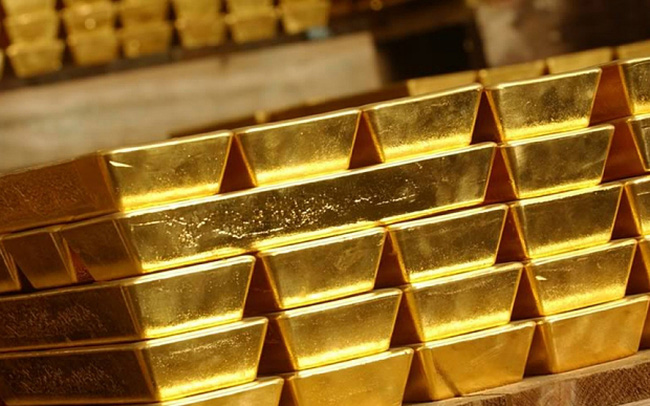 China announced yesterday that they increased their central gold reserves by 480,000 oz (approx 14.9 tonnes) in April, noting that this is the fifth straight month of increases. The announcement also noted this brings Chinese reserves to 61.1 million ounces with a value of $78.35 billion USD, as of the end of April.

This is an old story to regular readers of The Gold Enthusiast. What that grizzled veteran of the trade would like you to notice is how the announcement was worded. Your Gold Enthusiast thought it sounded funny, so he dug back through the news and can only find 2 previous official announcements of Chinese reserve increases in the past 5 months. With this one, that makes 3 total. So either we missed the other 2 (not likely), or they weren’t officially announced at the time. That’s more likely given China’s historically cagey reporting about its own economy’s internals.

This Gold Enthusiast sees a big-picture confrontation building. Both China and Russia have been increasing their gold reserves for the past several years, while the US has not claimed any increase in holdings. The point is not for China or Russia to have the largest gold reserve, but to have enough to break free of reliance on US Dollars in trade.

Just a bit of a history lesson: The US Dollar became the world’s default trading currency after World War II thanks to the so-called Petrodollar deals dating back to the Bretton Woods conference in 1944. At that time the US held the world’s largest gold reserves, and promised to exchange USD for gold on demand. In the post-War era that created a lot of confidence in the USD, at a time when most countries were truly on their knees economically. So the USD became the defacto currency for valuing and trading goods across borders. This created a huge demand for USD, which was reinforced by the Petrodollar deals with the Middle East for oil trading in later decades.

Now the rest of the world has grown tired of what they see as US interference in world trade and politics. The only way out is to grow enough confidence in their local currency that other countries are willing to trade in it. And that means having a solid core of assets behind the currency – and that means gold. Big piles of the stuff.

So China’s announcement is another warning shot across the bow of the USD. It is also a more Western-style marketing announcement, or – as they say on Madison Avenue – a sales pitch. “Look at us – we have a lot of gold too! And it’s growing by leaps and bounds!” That’s how you should read this latest announcement psychologically. Especially if you’re a small, third-world country that’s tired of US “interference”.

Russia also announced their increases in gold reserves during the first quarter of 2019 in marketing terms. “Look at us! We are the largest buyers of gold so far in 2019!” That will doubtless wrankle the Chinese just a bit, who are still learning the game of Western marketing.
But by these eyes, they’re both learning fast.