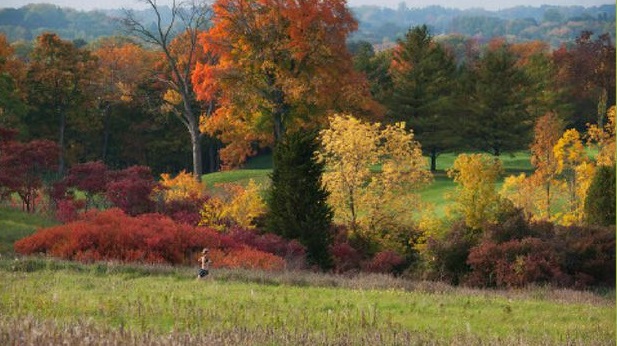 In January, climate change claimed its first corporate victim. Facing billions in liabilities after contributing to some of California’s deadliest and most devastating wildfires, PG&E filed for Chapter 11 bankruptcy protection. This spring, flooding in the Midwest ruined fields, grain silos, and infrastructure. The agriculture conglomerate Archer Daniels Midland reported that the floods would cost it between $50 and $60 million in the first quarter of the year.

The costs of a disturbed climate are becoming increasingly burdensome and apparent. In 2018 the US sustained $91 billion in damages from climate-related disasters, including tropical cyclones, severe storms, inland floods, droughts, and wildfires.

“Climate change is no longer a distant threat but something that is impacting economies now,” says Bruno Sarda, president of CDP North America, a nonprofit that encourages companies to report how climate change might affect them.

A growing number of companies are recognizing that fact and are now publicly reporting the effects of climate change on their businesses. A new report published Tuesday by the CDP shows that 215 of the world’s biggest companies, including giants like Apple, JPMorgan Chase, Nestlé, and 3M, see climate change as a threat likely to affect their business within the next five years, with a cumulative cost of a trillion dollars.

Companies identified a range of physical risks, such as the impact of flooding or rising sea levels on distribution centers and warehouses. They also enumerated the costs of transitioning to a lower-carbon, more climate-ravaged world, including updating facilities to withstand stronger storms or use less water, and complying with potential policies that would likely raise the cost of fossil fuels. Companies also recognized an image issue. In the report, Google’s parent company, Alphabet, writes, “Not addressing climate change risks and impacts head on could result in a reduced demand for our goods and services because of negative reputation impact.”

The CDP also found, however, that companies saw some opportunities in adapting to climate change. The report found that companies estimated opportunities related to climate change could bring in $2.1 trillion. Most companies pegged those benefits to the growth of low-emissions products and the creation of new products, such as new fuel sources or energy-efficient cars, which might appeal to a customer base that is increasingly climate-conscious.

The CDP report is part of a growing effort to encourage companies to be open about how climate change will affect their financial well being. In 2015 the Financial Stability Board, an international organization that studies the global financial system, formed the Task Force on Climate-Related Disclosures (TCFD). Led by Michael Bloomberg, the Task Force has released recommendations to help companies accurately assess and disclose their climate-related risks. The TCFD also wants to help standardize how companies think about and report those risks. Similarly, a coalition of investment groups including State Street Global Advisors, BlackRock, and Vanguard are backing the Sustainability Accounting Standards Board, which helps companies report accurately on these issues.

“US companies are definitely putting out more information on how they are addressing climate change. They don’t look at an election cycle. They address this from a shareholder perspective,” says Rahki Kumar, who leads State Street Global Advisors’ efforts on environmental investment. She says companies are hearing from investors who are worried. “That’s what they are reacting and responding to.”

Disclosure is meant to work like an x-ray, allowing customers and investors to look inside a company, see where it is vulnerable, and help it improve. By making their predictions and analyses public, companies can also learn from each other about how to become more resilient in the face of climate threats.

“Climate change is right now a very much under-priced risk in financial disclosures,” says Sarda, who believes both companies and investors need to prioritize climate-related accounting more. He suggests that better disclosure could fundamentally transform the markets. It could change how publicly traded companies are valued. Those that are more prepared or resilient would be viewed as better investments than their more vulnerable counterparts.

Sarda is confident that companies can do a lot to help combat climate change, but he and Kumar say governments also play an important role in enacting policies that will stabilize markets. “Putting a price on carbon or even a better price on water or on pollution in general is something that would create a lot of certainty for business,” says Sarda. But that’s unlikely in the current moment, with the Trump administration rolling back federal efforts to combat climate change. Last week, The New York Times reported that US Geological Survey director James Reilly ordered the agency to stop modeling climate scenarios that predict the effects of climate change beyond 2040.

Aside from a carbon tax, Sarda suggests governments could also help standardize climate disclosures the same way they standardize traditional financial reporting, guiding companies on how to assess and evaluate potential risks.

Right now, these disclosures are also somewhat limited in that they are self-assessments and aren’t subject to any in-depth, formal audit. So far, companies’ reporting practices have also varied a lot.

Some of that variation can be attributed to the nature of the risks themselves. Companies can pretty accurately predict how much it will cost to close down a factory for two weeks because of flooding, for example. But some risks are harder to calculate. How much will changing weather patterns in the midwest alter crop yields or harm pollinators? And how will that ultimately figure into the bottom line?

Companies also have blind spots. A corporation might do a good job of assessing risks to its own physical infrastructure, but might not apply that same scrutiny to its supply chain. Kumar also notes that companies typically only plan for the short term, while investors are on the lookout for future complications. Those different time lines create a “impasse” between companies and their investors. Kumar gives the example of coal energy plants, which may be profitable in the short term but which represent a long term risk that investors want “phased out.”

Christopher Wright, a professor at the University of Sydney who has written about corporate responses to climate change, says that while efforts like the Task Force on Climate-Related Financial Disclosures have been garnering lots of attention, some of the predictions that companies make are “somewhat fanciful.” Many companies model what the world will look like if our climate warms by 3 or even 4 degrees Celsius. But, Wright argues, warming of that magnitude would fundamentally disrupt society, not just supply chains. Those costs can’t be modeled so easily. “What of course is missing from all of this is a serious focus on implementing dramatic emissions reduction now!” he wrote in an email.

The next step, says Sarda, is for investors and customers to examine the data and start demanding accountability from companies. He says that in order to make real progress confronting climate change, we can’t wait for government-sponsored policies and regulations. For things to truly change, he says, business needs to play a key role too.