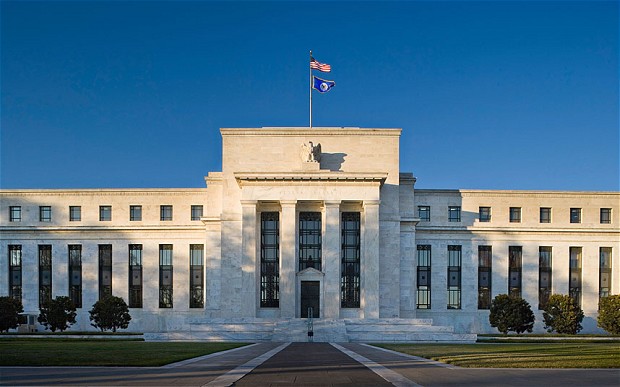 Comments from Federal Reserve Chairman Jerome Powell and St. Louis Fed President James Bullard on Tuesday dampened hopes by some investors that the central bank would deliver a half-point interest-rate cut in July.

In comments at the Council of Foreign Relations, Powell stuck close to comments he made at his press conference last week, saying that while there is greater uncertainty about trade and worries about the global economy, officials don’t know how long this may last or how serious the drag might be.

“The question my colleagues and I are grappling with is whether these uncertainties will continue to weigh on the outlook and thus call for additional policy accommodation,” Powell said in brief remarks ahead of a moderated discussion at the Council on Foreign Relations in New York.

St. Louis Fed President James Bullard, who dissented from the Fed decision to hold rates steady last week in favor of a quarter-point rate cut, repeated in an interview Tuesday that he thought a quarter-point cut would be a wise “insurance” move. But Bullard said he didn’t see the need for a half-point cut.

“I think 50 basis points would be overdone,” Bullard said on Bloomberg Television.

Powell said that “many FOMC participants” judge that the case for somewhat more-accommodative policy has strengthened.

Only 10 of the 17 Fed participants are voters. The committee voted 9-1 to hold rates steady last week.

Since that meeting, Bullard and two other Fed officials have publicly made the case for easier policy, while Dallas Fed President Robert Kaplan took a wait-and-see approach similar to Powell’s.

Stocks sank after Powell and Bullard spoke, with the Dow Jones Industrial Average finishing down close to 180 points.

Krishna Guha, a former Fed staffer and now vice chairman of Evercore ISI, said he thought investors were worried that “the Fed may not be as far ahead of the curve as it thinks, with incoming data suggesting that economic weakness may be spreading broader and deeper that the Fed has yet recognized.”

Powell said Fed officials are mindful that monetary policy “should not overreact to any individual data point or short-term swing in sentiment.”

“Doing so would risk adding more uncertainty to the outlook,” he added.

At the same time, Powell said he agreed with the “general principle” that it is better for central banks to act preemptively and not let a downturn “gather steam.”

“The thought being, an ounce of prevention is worth a pound of cure,” he said.

The Fed was focused “on the evolving risk picture and incoming data,” Powell said.

Without mentioning it, Powell seemed to be referring to the upcoming Group of 20 meeting in Osaka, Japan, where President Donald Trump is due to meet China’s President Xi Jinping. Progress on trade talks could go some way to restoring financial-market and corporate sentiment.

While the Fed held interest rates steady last week, the central bank did shift away from the “patience” stance adopted at the beginning of the year. In its place is a bias towards easing policy.

“We will closely monitor the implications of incoming information for the economic outlook and will act as appropriate to sustain the expansion,” Powell said.

Powell said the basic economic outlook of the FOMC “remains favorable.” Officials expect inflation to return to 2% over time, “but at a somewhat slower pace than we foresaw earlier in the year,” he said. The downside risks to this outlook appear to have grown, he said.

Investors have priced in a 100% chance of at least a quarter-point interest-rate cut in July, according to fed funds futures tracked by the CME Group’s FedWatch tool.

Powell did not directly comment on Trump’s sharp criticism of Fed policy. The president said Monday he believes he can fire or demote the Fed chairman.

But Powell said that the Fed is insulated from short-term political pressures.

“Congress chose to insulate the Fed this way because it had seen the damage that often arises when policy bends to short-term political interests,” Powell said.

The yield on the two-year Treasury note was 1.73% on Tuesday, about a half-point lower than the Fed’s benchmark federal funds rate.