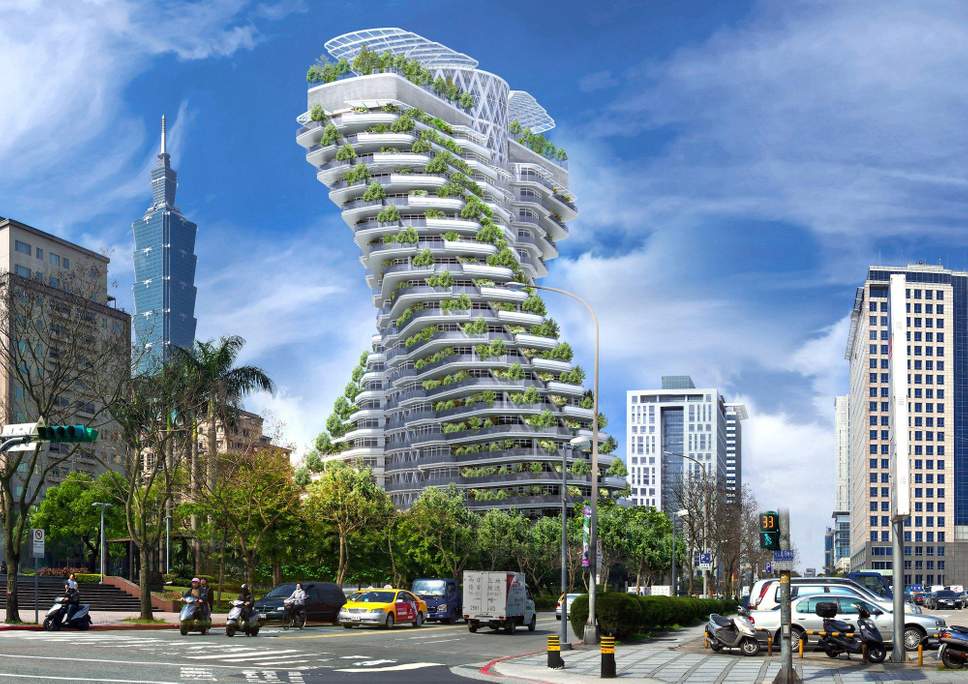 By the end of 2018 it should be possible to see the end of the Twisted Building being constructed in Taiwan. First previsions stated the opening in September 2017.

The skyscraper was created in a twisted shape to allow all flats to have sun exposure. Indeed, two on every floor will be conceived as “deluxe” and will cost around 30 million dollars, one of the highest sums for living in the Asia-Pacific region.

Building started in 2013 and the final project wil comprise around 25 thousand plants, the same number that is found in New York’s Central Park, to help fight pollution. They should be able to absorb the equivalent of 27 cars CO2 emission a year.

It will also boost a pool and fitness centre, as well as glass floors and other luxury amenities.