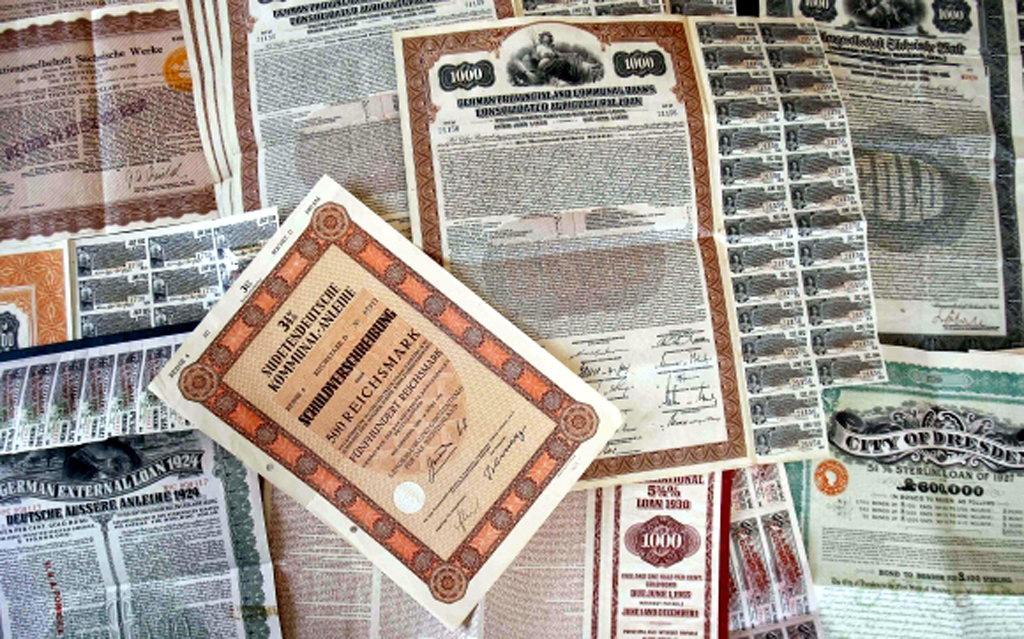 For the first time in two and a half years, the yield on benchmark German government bonds fell below zero.

Investors have been paying more to park their money in the safest assets, like the 10-year German bond. This bids up bond prices, and pushes down yields. When yields turn negative, investors who hold those bonds to maturity are guaranteed to make a loss. Put another way, borrowers are being paid to issue debt, because they pay back less than the face value on the loans.

Shorter-dated German bonds had been negative for a while, but below-zero yields for longer maturities stands out, especially as the 10-year German bond serves as the benchmark for all European debt. The yield on the 10-year closed at -0.02%.

German government 10-year bond, an important benchmark for European fixed income assets, is viewed as a safe-haven for investors. In times of uncertainty and challenging market environment, investors tend to move their investments from riskier assets into safe-havens like gold and German government bonds. The bond yields hitting negative territory shows there is a rising demand for the 10-year paper due to the ongoing uncertainty in the euro zone economy being fueled from a slowdown in Germany, a deadlock among politicians on Brexit among others.

Meanwhile, data from Germany’s federal statistics office (Destatis) in February showed that the country narrowly avoided a recession in the fourth-quarter of 2018, with the economy growing 0.0 percent from the previous quarter.

In January, German’s gross domestic product (GDP) grew 1.5 percent in 2018, compared with 2.2 percent growth in 2017. Although it was Germany’s weakest growth in five years, Destatis noted that the economy had still grown for the ninth year in a row.

Adding to the slowdown in Germany is the uncertainty surrounding Britain’s exit from the European Union. In the latest, the European Union agreed to an extension to the date of the U.K.’s withdrawal from the bloc, but said the length of the delay would depend on whether Parliament approves Prime Minister Theresa May’s Brexit deal next week.

All of these factors seem to be adding to investors being cautious in the region. Earlier this month, the euro zone’s central bank slashed its growth forecast for 2019 to 1.1 percent from an earlier forecast of 1.7 percent made in December.

Earlier this month, the European Central Bank confirmed it wouldn’t raise interest rates for the rest of the year, and also announced a new set of cheap bank loans to try and boost lending. This week, the US Federal Reserve signaled that it wouldn’t raise rates for the rest of the year, a U-turn from its previous path of steady hikes. Surveys of corporate purchasing managers in Europe and the US suggest economic activity is slowing. Nerves about the global economy have also spread into the stock market, with European and US indexes all posting losses in trading today.

And that’s not the only worrying sign coming from the bond market. The US yield curve has inverted, meaning that yields on short-dated three-month bills are higher than those on 10-year Treasury bonds, for the first time since 2007. This inversion, if it persists, has almost always preceded a recession, though it can take more than a year for it to happen.