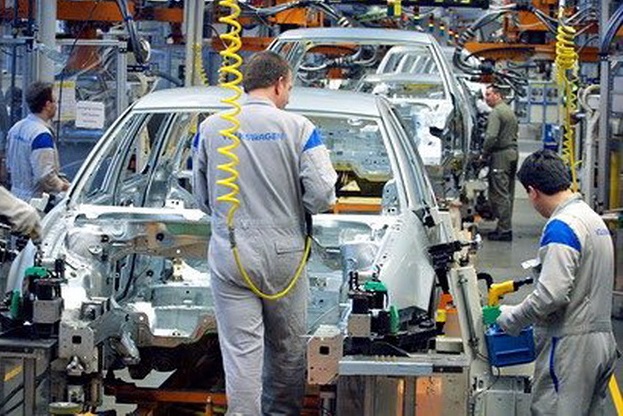 Experts have made a gloomy prognosis: in 2030, Germany could be missing up to three million skilled workers. And ten years later this figure could rise to 3.3 million, according to a study published on Wednesday.

The study, conducted by swiss research institute Prognos AG on behalf of the Bavarian Industry Association (vbw), predicts Germany will lack millions of skilled workers, technical and medical workers and researchers in the near future.

Even though the population of German is not expected to shrink as much and as quickly as recently feared, the number of people in working age will continue to fall sharply – by as much as 10 percent by the year 2040.

Perhaps a bit surprisingly the report says that skilled workers will become scarce across all sectors as the nation's population ages and the number of those retiring continues to grow. Germany's workforce currently stands at 44.2 million, the Federal Statistics Office (Destatis) said this month.

One of the main reasons for the imminent shortage, the study argues, is Germany’s ageing population as the number of people of working age is set to fall sharply.

"As a result of demographic change, the labour market situation will considerably worsen over the next 10 to 20 years,” said Oliver Ehrentraut, author of the study.

This is despite the steady influx of workers coming to Germany from abroad. But job market experts and population researchers involved in the report believe it’s not too late to counter these findings, pointing to politics and the economy having the appropriate measures to prevent the deficit.

In order to close this gap in skilled labour, the researchers offer suggestions for urgent action.

Ideas to reduce or stop the expected shortage of skilled workers are coming from all sides. The experts at Prognos suggest a promotion of professional training which would specifically help more young people get the proper qualifications.

After taking parental leave, women and men should be supported during the transition phase of returning to the workforce, the report argues. It also claims that older people should be motivated to work longer while part-time workers should be encouraged to extend their weekly working hours.

In all scenarios, an average annual influx of 200,000 migrants was assumed. Information on the extent to which the recent wave of asylum seekers can help against the professional deficit was not included in the Prognos study.

The Institute for Employment Research (IAB), does not currently see any gaps in Germany’s workforce, highlighting the existence of job shortages in only some sectors such as machine and automobile building and IT.

The Prognos report further foresees changes regarding the expertise needed in the workforce. With growing international competition and digitalization in almost all economic sectors, some professions are expected to lose importance.

The researchers also forecast that demand for jobs involved in security and surveillance activities will considerably decrease. Truck drivers, delivery attendants and packers could see their work done by robots and vending machines. The same applies to accountants, credit officers and real estate brokers, where electronic systems are likely to replace such jobs in the long term.