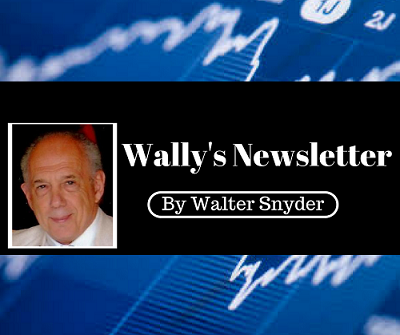 Central bankers do not know what they are doing.  The reason for this is that they are experimenting with the global economy. There has never been a similar situation in history to the one now unfolding because interest rates have never been so low or even negative and never have central banks resorted to QE as they have done in the last decade. They do not know what is going to happen if they continue the policies followed hitherto or if they try to “normalize” markets by reducing their balances and raising interest rates to “normal” levels. Another novelty is the huge sovereign debt that has been amassed since 2008.

What we do know is that growth in the US, the EU and Japan has been sluggish and that the so-called “recovery” has seen growth in the 1% to 1.5% range for DM while China and other EM economies have been surging ahead though at a pace less than before the Great Recession. Growth in China seems to have continued at about 6% annually if Chinese statistics can be trusted.

Another anomaly that that has worried central bankers is that inflation seems to have been lower than the magical 2% rate fixed as a goal. Of course statistics can be inflated, that is, manipulated at will, and the US BLS has its own arcane systems for producing the figures that the Fed wants. The prices for equities and housing in the US demonstrate that there is inflation if one wants to look for it.

The problems for investors in such an environment are manifold. Government statistics are unreliable while only naive fools will believe Fed claims that the US economy is doing well. It is clear that excessive debt hinders growth and that ZIRP and NIRP have resulted in the misallocation of capital. Followers of FAANG stocks have done extremely well, and it is time for them to take profits while it is still possible. Those investors holding on to bonds will see yields rise as the prices of paper in the secondary market fall when the central banks try to raise interest rates.

On the whole Wall Street has practically been treading water since January. Gold is still incredibly cheap in the manipulated futures market, and at $1,250.00 an ounce the Chinese, Indians, Russians and Turks are buying up all the physical gold that they can. With volatility at historical lows, sometimes even below 10, risk averse investors will conclude that the present situation is the calm before the storm. In such conditions silver presents opportunities for investment as its current price is extremely low. Is it the case that the golden mean has a silver lining? Precious metals will continue to be a safe haven in turbulent weather.