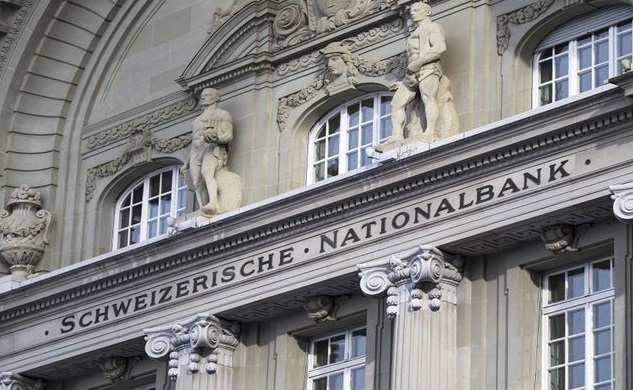 Recent moves by the U.S. Federal Reserve to tighten its monetary policy is helping the Swiss National Bank in its campaign against the “highly valued” Swiss franc, SNB Governor Andrea Maechler said on Thursday.

Interest rate rises announced by the Fed “mean the interest rate differentials between Switzerland and other countries may widen further in the future,” Maechler said. This would make the Swiss franc less attractive to investors, reducing the value of the currency, whose strength has hampered Switzerland’s export-reliant economy.

The European Central Bank’s decision to scale back its massive asset purchasing programme, seen by many analysts as a precursor to interest rate hikes, also may help the SNB in the coming months.

“Given such a scenario, it is to be expected that the domestic investors will once again hold more foreign currency assets and they will hedge these less in future,” Maechler said in remarks prepared for an event in Geneva.

Swiss investors and companies repatriating money back to Switzerland and converting it to francs have increased demand for the safe-haven currency, soared in value after the SNB removed its cap of 1.20 francs to the euro in January 2015.

The SNB’s policy since then has been based on a negative interest rate of -0.75 percent on deposits it holds for commercial banks and currency interventions which have seen its foreign currency holdings balloon to 742 billion Swiss francs ($747.76 billion)- 14 percent larger than Switzerland’s total economic output.

“Both are helping to ease upward pressure on the Swiss franc and thereby prevent an undesired tightening of monetary conditions in Switzerland,” Maechler said. The SNB would maintain its expansionary monetary policy, she said, despite the franc losing around 5 percent of its value this year as political risks in Europe have waned.