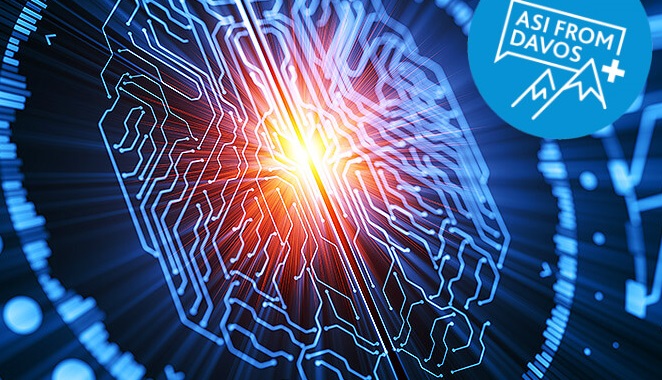 When the first electric light switches were installed in the White House in the 1890s, then-president Benjamin Harrison refused to touch them for fear of being electrocuted. For the duration of his presidency, he would ask his staff to flick the switches.

Harrison’s aversion is one small example of rational human fear in response to technological change.
There are many others. It is hard to comprehend now that many people boycotted the first locomotives, believing they would be either shaken to death or struggle to capture breath in such fast-moving trains.
These examples remain pertinent as policy-makers, politicians and business people from around the world gather at the World Economic Forum in Davos this week.

This year’s gathering takes place against a backdrop of continuing global political uncertainty and rising social inequality, albeit with encouraging signs of economic growth in the US, Europe and Asia.
One of the hottest and most important topics of discussion, rightly, will be how society should respond to rapid developments in artificial intelligence (AI).
Workers across the world are worried about the future, and technology is one reason behind that concern. In many developed markets there is a sense that work is becoming more transient and insecure, amid fears that jobs will be lost as technology advances. This is an understandable concern. Innovations from automation to “big data” analytics are changing the way that many sectors operate.
A recent McKinsey Global Institute report predicted that up to a third of the current US work force will have to switch to new occupations by 2030. In the UK, the Resolution Foundation recently predicted that up to 35% of today’s jobs could be automated within 15 years.
The notion of a job for life has long gone and the rapid pace of change will need to be managed. That needs to be done in a way that allows technology to flourish but helps direct the effort towards the human good.

The headline theme at Davos this year is ‘Creating a Shared Future in a Fractured World’. This will only be possible if government and civil society work together to oversee new models of ownership and governance. Such models must spread the benefits of technological change, rather than concentrating the rewards in the hands of an elite few.
This message was highlighted in a report published last month by the UK’s Institute for Public Policy Research.
The think tank warned that, unless managed effectively and with government oversight, increased automation could exacerbate inequality and erode poorer workers’ wages, while boosting the income of creative and other high-skilled workers.
However, AI is not the cause of the fissures in society that the gathering in the Swiss Alps is seeking to address. Nor was it the factor that ended the idea of a job for life.
Ultimately, this technology is about increasing what people are capable of, not detracting from it. The trick with new technology is to embrace it.
The change in farming from using horses to machinery cost jobs in the short run. But it made the industry more efficient, boosting output in a way that created economic opportunities that benefited a great many more people and created more jobs over the longer term.

I’m optimistic. I think AI has the potential, alongside other new technologies, to increase vastly what humans are capable of doing. Any notion of us being replaced by robots any time soon is misplaced.
Global policymakers need to provide a framework, allowing these technologies to flourish for societal good.
AI can help to solve humanity’s grand challenges by capitalising on the unprecedented quantities of data now being generated on everything from human health to commerce.

In the asset management industry, we cannot afford to bury our heads in the sand about AI. At the most basic level, it will transform some of the businesses we own and lead to new investment opportunities that we must be open to.

AI also has the potential to increase greatly the capabilities of our fund managers by sifting, processing and prioritising the vast data sets we now possess.
Active fund managers are still needed to hold company bosses to account and influence boardroom approaches to social responsibility and environmental challenges, for instance. For this to happen, humans will still be required.

Unlike President Harrison, we all need to be unafraid of flicking the switch.