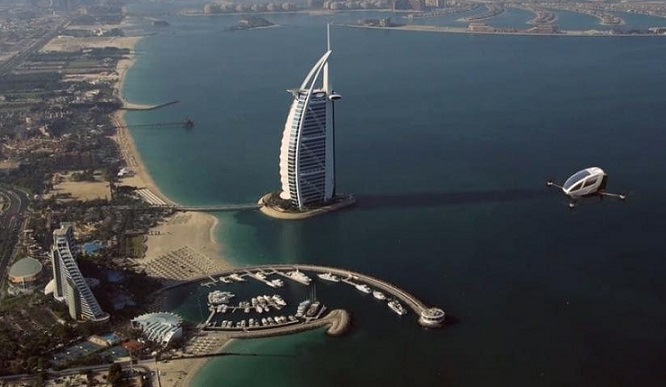 Cryptocurrency technology has been on a tumultuous journey since its creation in 2009. According to a recent New York Times article, bitcoin enthusiasts in the U.S. wrongly predicted the involvement of Wall Street institutions and investors in cryptocurrency, which would have given it legitimacy. Instead, the opposite effect has taken place: big investors have avoided crypto because of its volatility, as shown by bitcoin’s devastating drop in price last year.

Elsewhere in the world, particularly in the Middle East and among major Muslim communities, there is a growing curiosity surrounding cryptocurrency — and a call for regulation that deals with the stigmas against it. There are about 1.8 billion Muslims worldwide, and the global Islamic economy with the inclusion of crypto tools, services and products could equate to approximately US$3 trillion by 2021. If we are able to work through the challenges and implement crypto for a Muslim audience, the addressable market for crypto could increase exponentially.

But since its inception, Muslim leaders and communities have debated on whether or not cryptocurrencies should be deemed halal or haram, permissible or forbidden. Shariah-compliant finance is a fundamental part of Islamic tradition, and it’s the primary reason why Islamic countries have been so dubious of the new currency.

The challenge of Shariah compliance
Shariah compliance refers to finances and investments that adhere to Islamic law. This includes prohibiting riba, or charged interest, and avoiding any “unethical concerns,” such as maisir (gambling), alcohol and tobacco production, weaponry and more. It also prohibits qimar, or investments based on speculation. Crypto’s proven volatility has been likened to gambling and speculation, a critical reason behind the debate of halal and haram. Countries like Qatar, Saudi Arabia and Jordan have outright banned cryptos, and the concern over the legitimacy of crypto has thus far prevented the Middle East from truly embracing the technology.

But for those paying attention, the attitude around cryptocurrency in the Middle East has begun to shift in the past year. The United Arab Emirates (UAE) has led the charge in nurturing an acceptance of cryptocurrency in the region, and launched a strategy that aims for 50% of all government transactions to occur through blockchain. The first cryptocurrency exchange in UAE, the Cryptobulls Exchange, opened last year and gained more than 200,000 traders. Ripple, a top global blockchain platform, has plans to set up an office in Dubai, and is working with UAE Exchange, the country’s largest remittance firm, to set up blockchain-based payments to Asia.

How companies and institutions are approaching compliance
In addition, the development of Shariah-compliant crypto and blockchain services is beginning to weave a new narrative, an essential one that reconciles and compromises with the tenets of Islamic tradition. In mid-2018, cryptocurrency and finance platform Stellar was permitted to integrate and service financial institutions in the Middle East by The Shariyah Review Bureau (SRB), a leading international advisory agency licensed by the Central Bank of Bahrain, as a result of its compliance to Shariah law in its practices. X8 AG, a Swiss-based startup well known for its fiat-backed crypto, also received certification from the SRB, demonstrating that fiat-supported currencies are more appealing to Islamic countries.

Even more recently, 2019 has already seen the launch of meem, Bahrain’s first fully digital bank, and the first Shariah-compliant digital bank in the region. It will also see the launch of Qintar, the first crypto token expressly made to be Shariah-compliant. It will be built on their Islamic Blockchain (ISL), which has received fatwa (a non-binding legal opinion) of approval from Islamic scholars and researchers. The ISL is secured and speedy with full transparency, allowing users to safely control their own trades and ensure that their transactions follow restrictions like riba or maisir.

Shariah compliance has hit the ground running
These swift, sweeping movements toward Shariah compliance in the past few years are paving the way for a wider adoption of the technology, as well as an increased mindfulness and inclusion of the way business is conducted in different cultures. The establishment of new institutions that all play a part in a Shariah-compliant crypto ecosystem, such as banks and exchanges, help build up a regulated foundation that can keep cryptocurrency stable and provide a vetting process for which projects will be deemed halal or haram.

And of course, the development and counsel of Shariah advisory boards in various forms not only lend legitimacy, but keep companies accountable in enforcing these rules. Approval from Islamic scholars and experts will also work to lift the stigmas of cryptocurrency in the region and the culture.

It is evident that cryptocurrency and blockchain are beginning to earn the favor of Islamic countries. It is also clear that the necessary steps are already being made in order to make blockchain and crypto Shariah-compliant, as well as increasing acceptance of the new fintech among Muslim people.

The nearly two billion Muslims in the world represent a significant 23% of the total population, and by including them in crypto ventures through Shariah-compliant regulation, we can see crypto finally become the global economic system that it deserves to be.