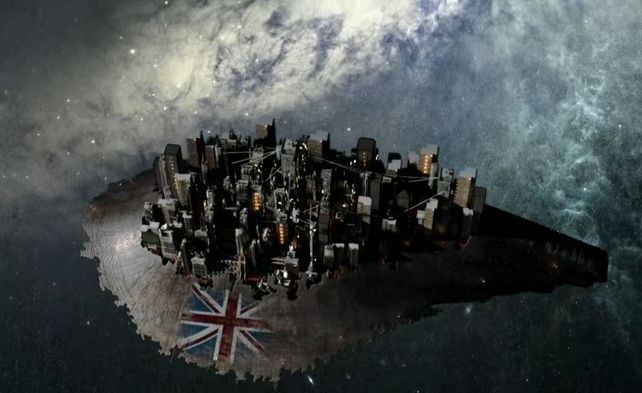 Withdrawal from the European Union under the Government’s plans could cut the UK’s GDP by up to 3.9% over the next 15 years, according to new official figures. But leaving without a deal could deliver a 9.3% hit to GDP over the same period, said the analysis produced by departments across Whitehall. And the UK will be poorer in economic terms under any version of Brexit, compared with staying in the EU.

A government report yesterday said gross domestic product (GDP) will be fall by 8 per cent to as much as 10.7 per cent by 2034 if there is no orderly exit and the supply of workers from the bloc dries up.

The document did not put a cash figure on the potential impact on the economy, but independent experts have said that 3.9% of GDP would equate to around £100 billion a year by the 2030s, far outweighing the UK’s current contribution to EU budgets. Meanwhile, the Long-Term Economic Analysis paper found that Government borrowing could be forced up by as much as £119 billion by 2035 if the UK quit the EU without a deal and up to £26.6 billion under a scenario similar to Mrs May’s plans.

The Bank of England was slated to publish its own analysis later yesterday. “Our deal is the best deal available for jobs and our economy,” Mrs May told Parliament.

If Parliament rejects her deal, Britain will be on course to crash out of the EU on March 29 into a legal limbo, with no special rules in place to regulate trade with the bloc. Backers of Mrs May’s deal hope the findings in the analysis will bring wavering politicians – especial Conservative rebels – into line.

The report said Mrs May’s “Chequers” plan for close ties to the bloc, which the EU rejected, has the lowest impact on GDP, whereas the North-east of England – where most voters backed leaving the bloc in the 2016 referendum – will be the region worst hit by a no-deal Brexit.

The scenario which most closely reflects the Government’s plan would see the Chequers deal tempered by some trade friction and with zero net immigration from the EEA. Under these conditions, GDP could be expected to be 3.9% lower 15 years after Brexit than it would have been if the UK remained. If frictionless trade was achieved, the cut would be around 2.5%.

Mrs May appears to be heading for defeat in the parliamentary vote on whether to back her deal, which will be held on Dec 11, amid massive opposition from pro-Brexit rebels in her own Conservative Party.

They point to Treasury analysis published before the 2016 referendum that warned of a possible recession within two years and a significant rise in unemployment.

As it turned out, unemployment is at a four-decade low and the economy has recorded continued growth, though there is little dispute that investment and consumer spending have been adversely affected by Brexit.

The Treasury has been at pains to make clear that the analysis is a cross-government effort after arch-Brexiteer Boris Johnson privately accused Chancellor Philip Hammond’s department of being “the heart of Remain” (no Brexit) and trying to ruin Britain’s exit. Mrs May’s office on Tuesday said that the work is an analysis rather than an official forecast.