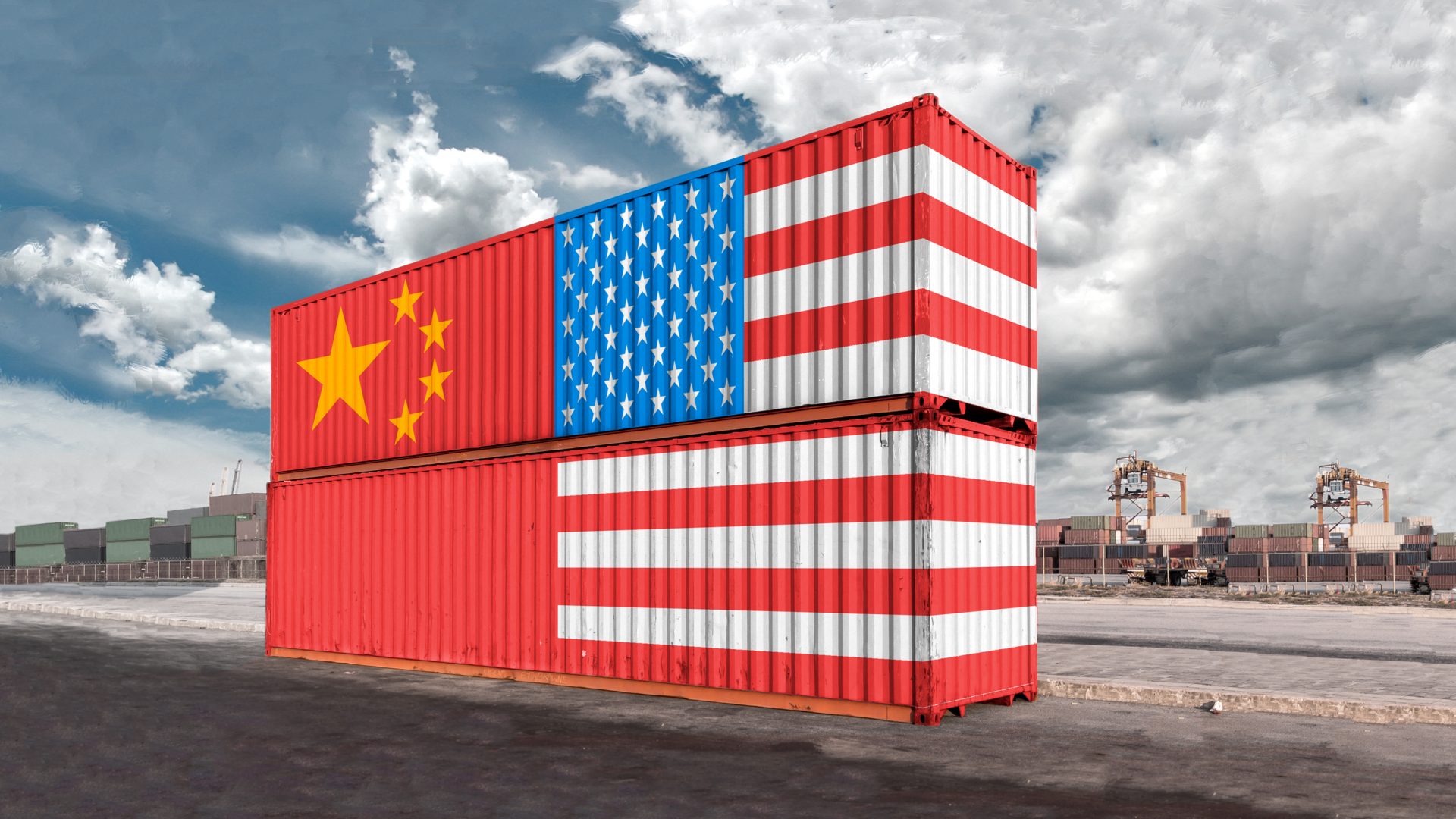 The trade war between the United States and China has gone beyond tariffs as the countries increase pressure on each other to cede ground.

U.S. President Donald Trump and Chinese President Xi Jinping will meet at the G20 summit in Japan later in June. Trump said negotiations to end a trade war would restart ahead of the summit, ending a six-week hiatus since talks broke down in early May.

Since then, the relationship between the two countries has deteriorated. Beijing has threatened retaliation after Trump blacklisted Chinese telecom giant Huawei and as the United States prepares to extend tariffs to cover almost all Chinese imports.

The prospect of a meeting that may defuse tension at the G20 has given financial markets worldwide a lift. But Trump has previously warned that he may go ahead with a new round of tariffs if the meeting does not result in progress on trade.

Chinese state media has warned that Beijing could use rare earths for its next strike in the trade war. The United States relies on China for supplies of the rare earths to make a host of high-tech products, from satellites to electric car batteries.

Here are some other possible pressure points for each side.

RARE EARTH METALS
President Xi visited a rare earth firm in Southern China in May, fueling speculation China could cut off supplies of the metals, a key ingredient in high-technology consumer electronics and military equipment, to the United States as part of the trade war. China supplies 80% of U.S. rare earths.

HIKING TARIFFS FURTHER
China could impose tariffs on around $10 billion of U.S. goods that as yet carry no retaliatory tariffs.

Beijing removed some tariffs on U.S. car imports in December, and could reimpose them.

China could raise tariffs from 25 percent on some U.S. goods such as soybeans. China was the top U.S. buyer of soybeans until the trade war, which came close to halting the flow altogether. If it raises tariffs again, Chinese soy importers will seek more supplies from Brazil and elsewhere, as they did in 2018, which would hurt U.S. farmers. These are targeted tariffs, aimed at the U.S. farming community that supported Trump’s 2016 presidential election victory.

High-tech items, such as semi-conductor manufacturing equipment and chips, would be unlikely to feature on a list for higher tariffs, because China cannot easily find alternatives.

China has so far spared Boeing passenger jets, its single most valuable U.S. import, from tariffs. Chinese carriers are expanding rapidly to meet rising demand, so tariffs on Boeing could slow development of the domestic travel industry.

China could buy more aircraft from France’s Airbus instead of Boeing, which would make it more reliant on Europe for a few years until it completes development of homegrown commercial aircraft, COMAC’s C919.

DUMPING TREASURIES
China is the biggest holder of U.S. government debt, with about $1.12 trillion in U.S. Treasuries. Beijing buys Treasuries as a safe-haven for foreign exchange reserves.

The editor in chief of China’s influential Global Times tweeted in May that “many Chinese scholars are discussing the possibility of dumping U.S. Treasuries and how to do it specifically.”

A sell-off would hurt U.S. markets, driving up interest rates and pushing up borrowing costs. The U.S. central bank could lower its benchmark interest rate or buy debt to counter the move.

China sold the most long-dated U.S. Treasuries in almost 2-1/2 years in March. But most China experts say Beijing is unlikely to undertake a big sell-off because that would lower the value of China’s foreign exchange reserves. The Chinese would be hard-pressed to find a safe alternative investment with a good yield.

DEVALUATION
Some analysts have floated the idea of a one-off devaluation of the Chinese currency to make the country’s exports more competitive despite U.S. tariffs. But that would spook foreign and domestic investors and give the United States ammunition to sanction the country for currency manipulation.

“That is not retaliation. That is escalation of the trade war,” said Gary Hufbauer, a senior fellow and trade expert at the Peterson Institute for International Economics.

The Chinese currency has weakened nearly 4 percent since July 2018, when U.S. authorities began collecting the first China-specific tariffs. That has absorbed some of the impact of tariffs on Chinese exporters.

HARASSING U.S. COMPANIES OR SLOWING VISA APPROVALS
China’s Commerce Ministry has said it would draft a list of foreign companies, organizations and individuals that it deems “unreliable” for harming Chinese companies.

China could target high-profile U.S. companies such as Apple Inc, although that could backfire as millions of Chinese people depend on the tech firm for their jobs.

Goldman Sachs has estimated that banning Apple products could slash profits of the iPhone maker by almost a third. Apple and other U.S. firms are also vulnerable to consumer boycotts in China. There is precedent for this: South Korean companies faced boycotts when deployment of a U.S. anti-missile system angered China’s government.

Beijing could make life difficult for American banks, restaurant chains such as Starbucks, courier companies such as Fedex and commodity suppliers by opening tax inquiries, withholding licenses and other similar bureaucratic moves.

Big U.S. businesses, however, have been among those pushing for a more moderate stance in Washington, so it would not help Beijing’s case to alienate them. Many American brands in China have joint ventures with Chinese partners, and these would also be hurt by government pressure.

Both sides have already slowed visa approvals for academics; authorities could do the same for executives and government officials.

DIPLOMATIC RECALCITRANCE AND MILITARY POSTURING
Beijing could reduce cooperation with the United States on thorny international issues, such as North Korea and Iran. It could also step up military gestures in the South China Sea and around Taiwan, an unofficial U.S. ally.

HIGHER TARIFFS
The United States could increase tariffs on Chinese imports. Authority for that rests with Trump, who has described himself as tariff-man.

Trump’s administration is preparing tariffs on Chinese imports that have so far been spared.

Beyond that, one option would be to raise levies further on $50 billion worth of Chinese technology goods, including machinery, semiconductors, autos aircraft parts and intermediate electronic components on which tariffs were imposed last July and August. The products, taxed at a 25% rate, were selected to avoid hitting U.S. consumers and to hamper China’s technology development.

SANCTIONS AGAINST SPECIFIC COMPANIES
The United States could sanction additional Chinese companies flagged for a host of issues, from alleged intellectual property theft to sanctions violations or human rights concerns.

One option would be placing more companies on a blacklist that bars U.S. suppliers from selling to them without special permits, as the Trump administration did with Huawei Technologies last month.

Washington is already considering sanctions for Chinese video surveillance firm Hikvision and equipment maker Zhejiang Dahua Technology. They are involved in surveillance at Chinese detention centers for ethnic Uighurs and other Muslims.

The downside would be hurting U.S. companies that do business with the targeted firm.

Administration officials could further increase pressure on foreign governments to exclude Huawei from their 5G networks.

JUSTICE DEPARTMENT CRACKDOWN
The Justice Department is likely to continue to crack down on Chinese spies and hackers for stealing technology and trade secrets from American corporations, as part of its China initiative to counter Chinese economic and security threats.

FOREIGN POLICY AND DEFENSE LEVERS?
Tension has already risen as the United States undertakes freedom of navigation operations through the Taiwan Strait and South China Sea. China has been increasingly assertive about its sovereignty over Taiwan, which it considers Chinese territory to be brought under Beijing’s control by force if needed.

U.S. warships have sailed through the Taiwan Strait at least once a month since the start of this year. The United States restarted such missions on a regular basis last July.

Trump’s government could impose sanctions on prominent Chinese officials seen as complicit in human rights violations of the Uighur population. Congress has urged Trump to impose such sanctions.