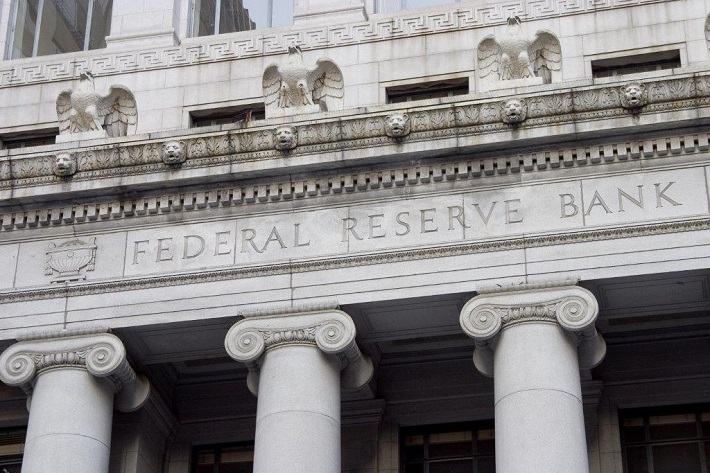 The Federal Reserve is likely — if not certain — to leave interest rates alone when its latest policy meeting ends Wednesday. But expectations are high that the Fed and its chairman, Jerome Powell, will signal that a rate cut may come soon for the first time in more than a decade.

Behind the Fed’s thinking is concern about possible economic harm resulting from the Trump administration’s trade war with China and signs that the global economy is weakening. Two weeks ago, Powell said in a speech that the Fed was monitoring the administration’s aggressive use of tariffs and would “act as appropriate to sustain the expansion.”

Investors were cheered by the notion that this meant at least one rate cut might be on the way. What remains unknown is just when — or even whether — the Fed will reduce its key short-term rate.

Profit Alert:5 Pot Stocks Entering the “Acceleration Phase” with Huge Profit Potential
The Fed’s two-day meeting will end Wednesday afternoon. When it does, the Fed will issue a policy statement and update its economic and interest-rate projections before Powell holds a news conference. Here are three things to watch for:

The Fed has been saying in its policy statements since January that it will be “patient” in adjusting its key short-term rate. This rate influences many consumer and business loans, from credit cards to home equity credit lines to small-business loans.

That single word helped calm fears that had surfaced after the Fed raised rates four times in 2018 and signaled that further hikes were likely this year. The financial markets were spooked by the prospect that the Fed would end up going too far to tighten credit, thereby undercutting the economy and perhaps triggering a recession.

Now, the expectation is that the Fed will want to bolster the perception that it’s shifting its policy away from keeping rates steady to possibly cutting them. The expectation is that the policymakers will do so by removing the word “patient” in their statement and replace it with phrasing that would stress the Fed’s willingness to reduce rates if deemed necessary to sustain the economic expansion. If they do so, Powell will likely be pressed at his news conference to elaborate on how the new phrasing should be interpreted.

Traders in futures markets have put the probability of a rate cut being announced this week at about 19% and by July at 88%, according to data tracked by the CME Group. And they project an 84% likelihood of a second rate cut by year’s end. Most economists, though, are far less certain of the Fed’s intent to cut so soon or so aggressively this year.

In pledging to safeguard the economic expansion, which is about to become the longest on record, Powell said the Fed was monitoring trade and other developments that could imperil the economy. He noted that “we do not know how or when these issues will be resolved.”

This week’s Fed events precede President Donald Trump’s trip to a summit meeting of the Group of 20 major nations in Japan where he will meet with President Xi Jinping of China late this month. That meeting has raised hopes for a possible breakthrough in the U.S.-China trade war.

On Tuesday morning, Trump generated optimism about that prospect by tweeting that he had spoken by phone with Xi and that the two leaders plan “an extended meeting” at the G-20. The stock market soared on the news.

Many economists think the Fed will want to await the outcome of the Trump-Xi meeting before making any adjustments to its key short-term rate. Trump has threatened to impose tariffs on the remaining $300 billion in Chinese goods that he hasn’t already hit with 25% import taxes. Any meaningful thaw in the U.S.-China conflict would presumably make the Fed less inclined to cut rates.

If, on the other hand, the Xi-Trump meeting ends in rancor and especially if Trump escalates his tariffs on Chinese goods, then the possibility of a rate cut when the Fed next meets in late July becomes more likely. Expect Powell to refrain, though, from speculating on what the Fed might do under differing scenarios.

In his speech this month, Powell mentioned that the Fed was monitoring not only trade talks but also “other matters.” He didn’t specify those other issues, but he’s likely to be asked about them on Wednesday.

You can expect Powell to be asked for his views on the state of the economy. Most analysts say they think growth, as measured by the gross domestic product, has slowed sharply in the current April-June quarter to around a 1.5% annual rate, only about half the pace of the past year.

On Wednesday, the Fed will update its forecast for GDP. When it last did so in March, it envisioned 2.1% GDP growth this year and 1.9% in 2020. That’s far below the projections of the Trump administration, which is forecasting that growth will remain above 3% annually as the 2020 election nears.

The Fed’s updated views on growth, unemployment and inflation could provide clues on what the Fed might do with interest rates. If the Fed still foresees mild inflation, that would give it leeway to cut rates to bolster the expansion should it eventually decide the economy needs support.

The updated economic forecast will also provide the expectations of Fed officials for the course of its benchmark interest rate, which has remained in a range of 2.25% to 2.5% this year. With Powell raising the prospect of rate cuts if deemed necessary, investors will want to see how many Fed officials envision looser credit in the coming months.