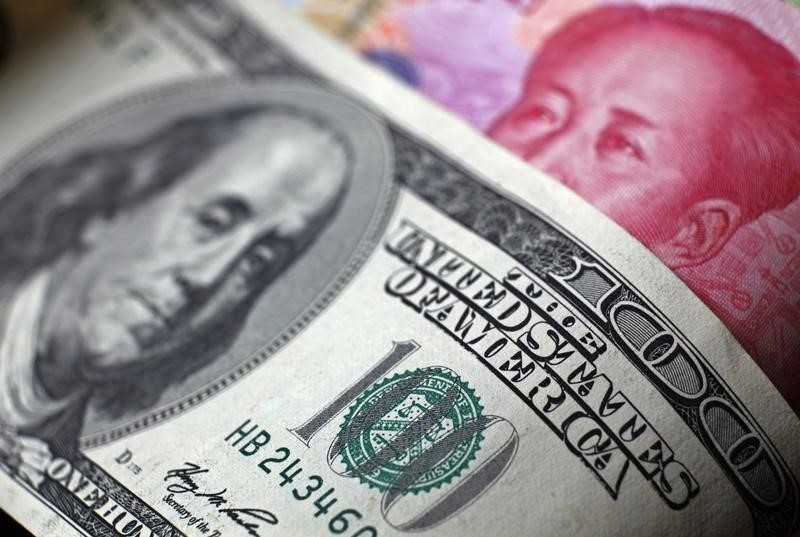 The US Treasury expanded the number of countries subject to scrutiny in a semi-annual report released Tuesday, but again found that neither China nor any other trading partners was manipulating its currency.

Treasury urged the Asian giant to avoid allowing the renminbi (RMB) to weaken persistently — which would give its products more competitive advantage.
Germany remained on the US “monitoring list” due to its large trade surplus, as did Japan and South Korea, indicating they “merit close attention to their currency practices.”
Despite a bitter trade war with China focused on bringing down the US trade deficit, Treasury held back from escalating the fight further.

Tensions between the two economic superpowers have risen in recent weeks after President Donald Trump accused Beijing of reneging on its commitments, and with a US crackdown on Chinese telecom giant Huawei.

Treasury Secretary Steven Mnuchin said his agency “takes seriously any potentially unfair currency practices,” and “is working vigorously to achieve stronger growth and to ensure that trade expands in a way that helps US workers and firms and protects them from unfair foreign trade practices.”
Treasury said the report concluded that “direct intervention by the People’s Bank of China in the last year has been limited.”
However, the US “continues to urge China to take the necessary steps to avoid a persistently weak currency.”

The closely watched report broadened the field of its scrutiny for potential exchange rate manipulation, since a weak currency makes US products less competitive and could undermine Washington’s efforts to cut a soaring global trade imbalance.
Mnuchin said Treasury “is expanding the number of US trading partners it reviews to make currency practices fairer and more transparent.”
With the newly expanded list, Treasury put nine trading partners on the monitoring list, including Ireland, Italy, Malaysia, Singapore and Vietnam.
Beginning with this report, the Treasury is assessing all US trading partners with annual trade surpluses in goods of more than $40 billion.
Based on trade in 2018, that standard covered 21 countries with nearly $3.5 trillion in goods trade with the United States, according to the report.

China’s currency dropped 3.8 percent against the US dollar in the second half of last year, making it eight percent weaker over the last year.
However, China only triggered one of the criteria used to determine whether a country merits close monitoring.
A senior Treasury official told reporters that China still merited inclusion “given the importance of China and their large, increasing surplus.”

Treasury’s analysis could become even more critical after the Commerce Department last week announced it intends to change its rules in order to impose duties on countries that “act to undervalue their currency relative to the dollar, resulting in a subsidy to their exports.”
In the details of the proposed change, Commerce said it will “defer to Treasury’s evaluation as to undervaluation” of a currency.
However, a senior Treasury official said that would be “a distinct, different process” from the currency report.
The text is largely symbolic since it only calls for consultations with countries deemed to be currency manipulators, but would gain more teeth if Commerce can impose duties to retaliate.

Germany remains on the monitoring list for a third year, and Treasury noted it has “the world’s largest current account surplus,” and a Sh6.9 trillion (USD68 billion) trade surplus with the United States in 2018.
While Germany has repeatedly been listed, like Italy and Ireland it is part of the eurozone and no longer has independent control over its currency or monetary policy, which is handled by the European Central Bank.

The latest report removed India and Switzerland because for two consecutive reports they had both met only one of three criteria necessary for inclusion on the monitoring list.
While India had a significant bilateral surplus, Switzerland had a material current account surplus, according to the report.