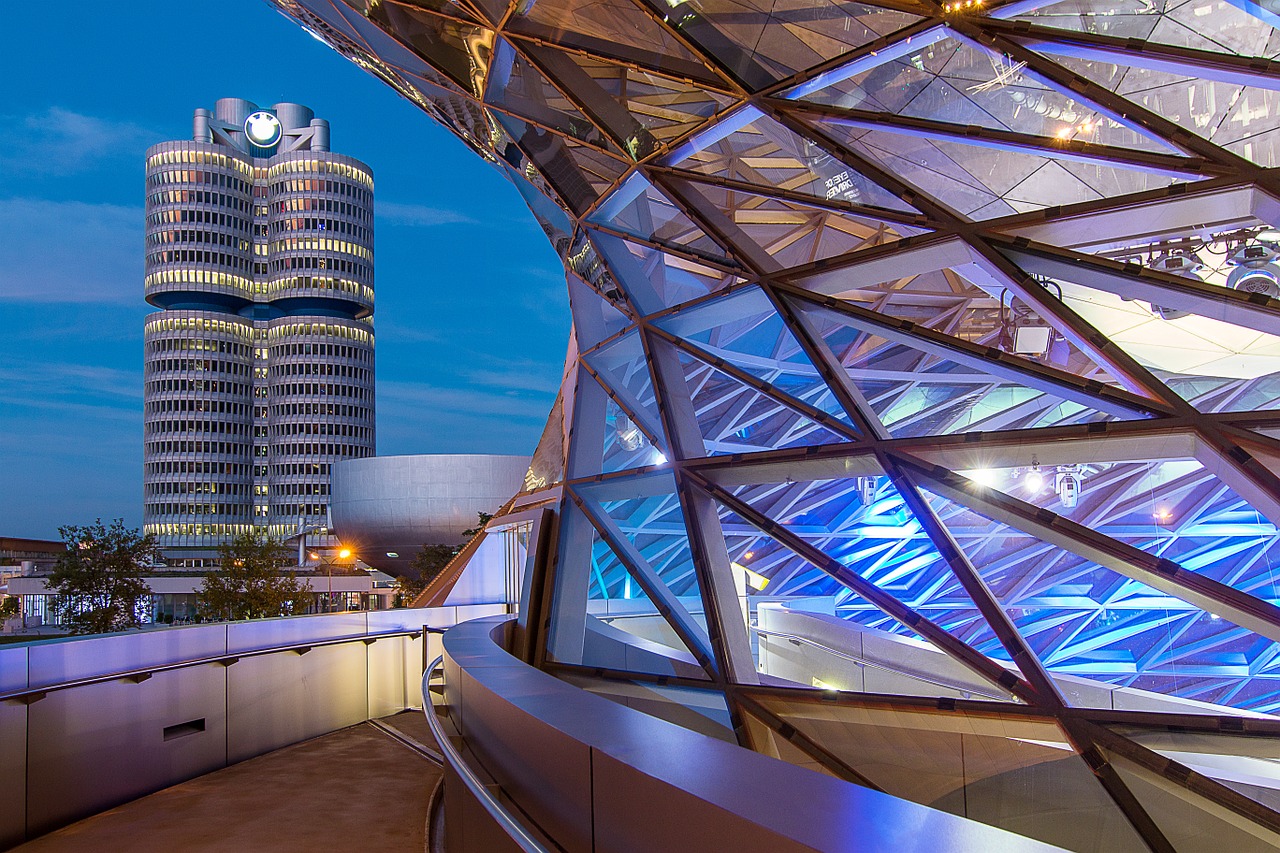 After a dramatic slump in 2018, the business climate has tended to stabilise in Germany over the last few months, which suggests that the bad news (slowing global growth, geopolitical risks) is now largely anticipated by companies.
But industry is the exception, and particularly the flagship of the German industry, namely the automotive sector. This sector had a number of one-off disruptions to deal with in 2018 but it faces structural challenges in the medium term.
Its weight in the German economy is disproportionately large compared to the norm elsewhere in Europe. That risks holding back the recovery in activity.

The dramatic deterioration in the German economy seen throughout last year seems to be coming to an end. Real GDP, which had declined in Q3 2018 and stagnated in Q4 2018, should, according to the Bundesbank, see a modest increase in Q1 2019. Business sentiment across all sectors has stabilised over the last three months, at a level which is quite some way off recessionary territory.
But there is still considerable disparity between industry, which continues to weaken, and the rest of the economy.
Industry is, under normal circumstances, the driving force of the German economy. Right now, it is its main weakness. In this note we examine in detail the influence of the automotive sector on Germany’s main macroeconomic indicators.

Macro weight of the automotive sector

According to detailed national accounts, the automotive sector weighs in at 19.5% of German manufacturing production, 17.1% of exports of domestic goods (€ 200bn), 7.0% of total production (€ 398bn), 4.7% of value added (€ 135bn), 4.0% of the payroll (€ 64bn), and 2% of total employment (880,000 people), which is split 60% for major manufacturers and 40% at their suppliers. In a sign of the sector’s past performance, its employees are among the best paid, with wages 80% above the national average and 30% higher than the manufacturing sector average. Automotive production also has an influence on other sectors. It absorbs 11% of rubber, plastics and metal product output and up to 40% of foundry products. Based on the input-output accounts, we can estimate that its total production is comprised one-third the value added of the sector, one-third that of other domestic sectors and one-third imports. Taking account of the indirect effects, the automotive sector accounts for 9% of value added and 5% of employment.

Contribution to growth and to trade surpluses

After the Great recession, the automotive sector made a significant contribution to the economic recovery, although it obviously was not the only growth driver. Since 2011, Germany’s real GDP has expanded by an average of 1.8% per annum, with 0.3pt of that attributable to the contribution of the automotive sector (we were at +0.1pt before the crisis). In view of the decline in production of vehicles last year, it is clear that the automotive sector is currently undermining Germany’s growth.
The automotive sector accounts for about half of the total trade surplus and, as such, concentrates all the anxieties of the moment: Brexit, threats of trade tariffs on US imports, weak external demand.
In terms of the number of vehicles sold, the UK was by far the leading export market in 2017 (18% of the total). In value terms, the UK, US and Chinese markets were almost equal.
In recent years, growth in vehicle exports has been driven mainly by Europe, due to the continent’s recovery from the double dip, unlike before 2012, when expansion was mainly outside Europe. At the same time, production abroad increased significantly, particularly in China. According to VDA, the German Automotive Industry Association, this represented about two-thirds of total production in 2017 (10.8 million vehicles), with China alone accounting for almost 30% (4.9 million). In general, the more upmarket the vehicle, the more likely it is to be produced in Germany and then exported, hence the strong contribution to the trade surplus.

The German automotive sector has suffered three distinct but cumulative shocks in recent months: a cooling of the Chinese automotive market, an almost complete halt in auto exports to Turkey, the introduction of WLTP emission standards.
Regarding the Chinese shock, the segmentation of production must be taken into account. In the sector’s total exposure to China (about 9% of the total), exports of highend vehicles should be excluded because their demand is relatively inert. If we limit our analysis to exports of components used in local production in China, exposure falls to about 5%. Assuming a 20% decline in the Chinese market, this shock may then explain a decline of about 1% in German auto production and a 0.1 point loss in real GDP growth. The impact is not insignificant, but it cannot explain the sector’s sluggishness. In addition, the Chinese economy has recently given slightly more positive signs on the business climate and activity, which should benefit Germany’s exports (not just the car sector) in the coming months.
The financial crisis that hit Turkey in 2018, and which plunged the country into a severe recession (real GDP contracted by 4.5% in H2 2018), cut off Germany’s automotive exports to Turkey. In value terms, they fell from around € 3bn per year to almost zero, a drop of nearly 90% in H2 2018. Their weight was just 2% of total exports, but in the end, this represents a greater shock than the deceleration of Chinese demand. The Turkish economic and financial situation remains fragile. However, Turkish demand for German cars cannot fall any lower than it is.
On top of these demand shocks, came a regulatory shock with the introduction on 1 September 2018 of WLTP standards for the approval of new vehicle models. Not all production lines could be adapted in the short time available, particularly at one of the main car manufacturers. Some of them were temporarily shut down. Production was totally disrupted for a few months. The same was true for registrations due to dealers’ strategies for managing their inventories. The number of vehicles manufactured fell by nearly 30% q-o-q in Q3 2018. To a large extent, production stoppages concerned entrylevel vehicles, so that industrial production in the sector (which is estimated by taking into account the value added of the vehicles produced) fell by just 8% q-o-q in Q3. Nevertheless, this remains a considerable shock, which, given the weight of the sector, trimmed real GDP by around 0.8 points, all other things being equal.
In the following months, the disruption to activity started to disappear, but very slowly, with the result that the expected catch-up in Q4 did not materialise. The situation will probably not completely return to normal before H2 2019. All in all, the economic stagnation in H2 2018 is largely attributable to the automotive sector’s lack of preparation for the new environmental standards. One of the main risks for the future is that this regulatory pressure is set to increase.
On 1 September 2019, for instance, the real driving emissions test (RDE) is supposed to be applied to all new vehicles. This could cause similar problems to the WLTP shock.
In the longer term, the European Union has set much more stringent norms for CO2 emissions than today, setting forth a 15% reduction by 2025 (vs the 2021 target) and 37.5% by 2030. Failure to comply would make carmakers liable for significant fines.
As a result, the entire automotive industry is compelled to review its production structure comprehensively. For Germany, over-represented as it is in top of the range vehicles which cause more pollution, this is a key challenge

The gloom in German industry reflects an unexpected softening of global demand along with obstacles, real or anticipated, to trade flows (customs tariffs). The automotive sector was in the front line for all these shocks. It is natural that cyclical problems should ebb in the short term if the global economic scenario is for continued expansion. A catch-up of activity in industry should take place in 2019, even if, at this stage, confidence in the manufacturing sector has not yet stabilised. But the sources of anxiety in industry also come from factors which might prove more lasting. In particular, regulatory constraints are likely to change the organisation of the entire automotive industry. This problem is not confined to Germany, but given that the sector’s contribution to total output there is three to four times greater than for the rest of Europe, the risk is higher. Over the next few years, the automotive sector might not provide the contribution to German growth that we saw in the past few years.