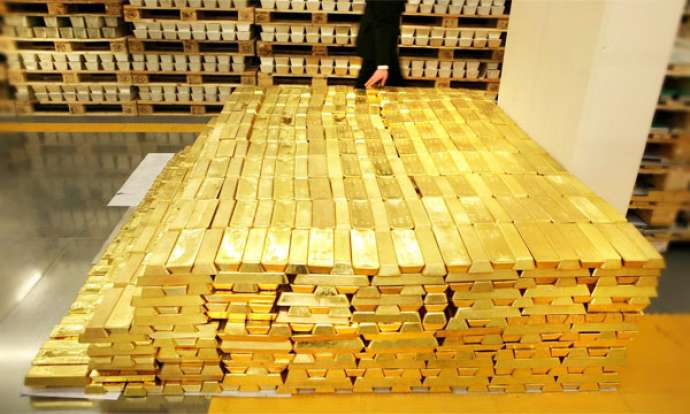 India is not only a land of festivals but also of weddings. There were 21 auspicious wedding days in the Hindu calendar during first quarter of 2019, three times more than in the year-ago period, and the World Gold Council considers it a crucial factor that drove the demand for the yellow metal globally.

The lure of the yellow metal is ancient, and going by demand trends it only seems to grow. Not surprisingly, many jewellers in metros reported far better footfalls on the auspicious Akshaya Tritiya festival on May 7, with some of them reporting 25 per cent jump in sales.

While the investment market has evolved over the decades and dozens of new instruments of have been introduced, gold, however, perhaps remains the preferred one.

“Gold has been a traditional indicator of wealth. There is a cultural aspect to this. But as regards investment instrument too, it has always given stable return,” said Riaz Thingna, director, Grant Thornton Advisory.

“If you compare it with other investments such as fixed deposits or debentures, not necessarily real estate and stocks, gold has been safe. That is mainly because of high internal demand.”

Thingna noted that, unlike investment in properties, even small amounts can be invested in gold making it a preferred choice in rural India.

In its report on gold demand trends in the January-March period of 2019, the World Gold Council said that wedding purchases and lower prices lifted Indian gold jewellery demand to 125.4 tonne, or by 5 per cent, year-on-year.

Given that gold is considered a part of social security, most Indians aspire to keep a certain part of their savings in gold. It is an essential part of most religious ceremonies and weddings in the family. As gifting gold is the core of marriage rituals, weddings are estimated to generate nearly 50 per cent demand for the precious metal.

Many experts believe that while gold would continue to be an essential part of marriage rituals, it would fade as an investment instrument over a longer period of time.

“Traditionally, gold has been a preferred investment instrument but it is changing now. On cumulative basis, investment in gold has grown significantly, but whether it has increased incrementally is a matter of debate,” said Dipen Sheth, Head- Institutional Research, HDFC Securities.

“Culturally, and also given the low returns in the recent past, I do not think modern Indians are investing much in gold. Things have changed over the last 15-20 years. There is statistics to support this,” he said.

Moreover, owing to demonetisation and better tax administration, widespread diversion of black money to gold and real estate has come down significantly.

The government has emphasised inclusion of the poorest of the poor into banking system and it is set to yield positive results in years to come. Linked with banking system, even the poor are likely to keep their savings as deposits in bank accounts rather than buying gold.

In the last five years, nearly 34 crore Jan Dhan bank accounts have been opened to enable direct transfer of government subsidy. However, all are not convinced that people would stop investing in gold.

“In our country people have certain attachment with gold. They generally hold about 10-15 per cent investment portfolio in gold,” said Surendra Mehta, National Secretary, India Bullion and Jewellers Association (IBJA).

Ved Jain, former president of accounting rules maker Institute of Chartered Accountants of India (ICAI) said gold is part of social security for most Indians and close to their heart culturally.

“These are the reasons that India is the biggest consumer of gold,” said Jain.