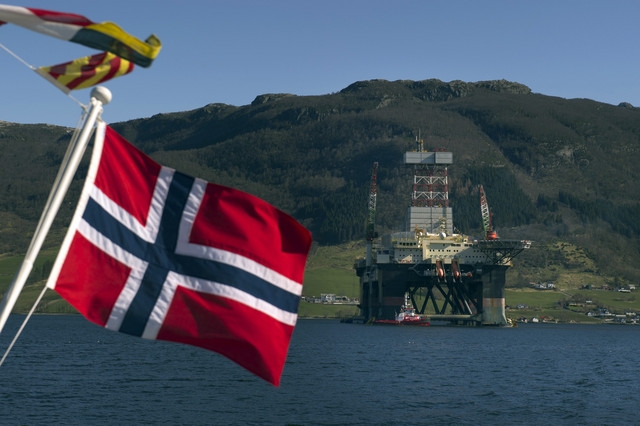 After focusing on industries such as coal and weapons, Norway’s $1-trillion sovereign wealth fund is turning its attention to fashion.

Together with UNICEF, the world’s biggest wealth fund is setting up a network with some of the top fashion companies to improve children’s rights, whether they are exploited in the production of garments and shoes or impacted by the industry in other ways.

Ten to 15 companies with a total market value of more than $244 billion have joined and will participate in the network’s first event in Geneva on Monday, said Carine Smith Ihenacho, the Norwegian investor’s global head of ownership strategies. They include Hennes & Mauritz; Kering, the owner of luxury brands such as Gucci and Saint Laurent; and VF Corp., which owns labels such as North Face and Wrangler.

Over the next two years, the group will discuss what can be done to improve the plight of children who often work in sweatshops under appalling conditions. The initiative will also focus on areas such as education, health and nutrition, from access to school to working mothers’ ability to breastfeed.

“Not enough is being done today,” Smith Ihenacho said in an interview at the Oslo office of Norges Bank Investment Management, a unit of the central bank which manages the fund. “We hope this will raise market practices for other companies as well. We hope this will have some kind of bellwether effect.”

The fund invited 30 fashion companies to join the initiative. Of the 10 to 15 that ended up joining, only three wanted to be identified. The fund has investments totalling 44 billion kroner in those that joined, Smith Ihenacho said. She says the fund hopes to be able to name more companies as the work progresses.

“This is the first initiative of its kind, a pilot and pioneering project,” UNICEF’s Viken said. “It’s natural that some companies take the lead.”

The fund earlier this year urged companies to ensure that a “substantial proportion” of annual pay be provided as shares that are locked in for at least five years, but preferably 10. Pay practices should also be simple and total remuneration should be transparent.

The fund has strict guidelines of its own. For example, it bars its senior executives from receiving performance-based bonuses and sets management wages at “competitive levels” while avoiding becoming the market leader. Its chief executive, Yngve Slyngstad, earned $810,000 last year.

The world’s largest sovereign wealth fund this month proposed dropping oil and gas companies from its benchmark equity index, which would mean cutting its investments in such businesses over time.

The aim is to lessen the impact of a permanent drop in oil prices on the Norwegian government’s wealth, especially when the fund is increasing its exposure to equities to 70 percent of its value from 60 percent. The news hit energy stocks when announced.